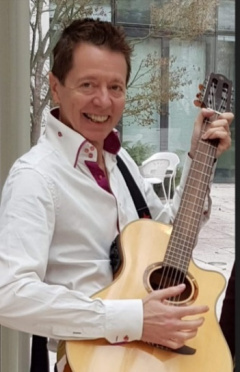 David Block is a multi-faceted artist working in the domains of sound, video and dance which he combines with the plastic arts.  His music has been described as “an intriguing electronica soundscape … an aural feast that entrances almost as much as the dance” *

David Block began his musical career playing in post-punk bands in British clubs and bars. He was a founding member of the British rock band The Uninvited Guests. A multi-instrumentalist: guitar, piano, synthesizer, vocals, he wrote most of the band's songs as well as the musical arrangements. In the 90s he led the experimental music project Infinity - question mark ? with which he moved strongly towards electronic music.

In 1996, he left his native country and moved to Paris where he quickly found his feet as a composer-performer in the contemporary dance scene. Working with various international dancers such as Juju Alishina (Japan), Corinna Torregiani (Italy), Dan'Ys (France) or Elisabeth Damour (France), he composes and plays live accompanying music for dance performances.

In 2016 he met the Russian dancer Alyona Ageeva, a meeting which lead to a long collaboration with the company PosleSlov Physical Theatre (Russia) for which he became the musical director. He composed and played the musical accompaniment for many shows such as Sky Labyrinths, (Some) Body and AriaDNA. These shows were performed in several countries: in Paris, Berlin, Turku (Finland) as well as in Scotland during the Edinburgh Fringe Festival in 2018 and 2019. At the Finnish festival FIN FRINGE FESTIVAL 2019 (Some)Body wins the first prize "Contemporary Shark Award: for the show that shapes the future of the genre".

In addition to his work with  contemporary dance, he has had many collaborations with visual artists preparing sound installations in exhibitions. Such collaborations have included a musical soundtrack for a video presenting the work of visual artist Silvère Jarrosson and the creation of three sound installations in Agathe Brahami-Ferron's exhibition Woolloomooloo Bay at the cultural centre La Graineterie in Houilles.  His artistic goal being “la sonorisation des arts visuels”.

In 2020 the restrictions imposed by the Covid-19 pandemic forced an abrupt halt to his work with live music and dance.  However, David Block was not to be silenced by lock-down. In collaboration with Alyona Ageeva, he organised a series of "remote performances" called Play me out.  Each performance brought together two musicians and two dancers, each confined to a different country, who presented improvised music and dance performances inspired by stories recounted by the audience.  The series saw great success attracting audiences from Russia, Poland, Germany, France and the UK.

As the Covid crisis continued, David Block responded to the prolongation of restrictions on performing arts by developing the notion of “abstract dance” from which dancers and musicians are absent. The performance scenario is presented in the form of a written text which leaves the viewer with the responsibility of (re)constructing the performance intellectually.   The removal of live performers and their replacement by a physical support invites reflection on the effects that the pandemic had on the performing arts.

David Block, used the “Covid confinement period” to explore new artistic methods turning his attention to video and ceramics.  Using video footage from the pre-covid era he created a series of art videos, entitled “is there …. Still Life?” in which the dancers are reduced to ghost-like shadows moving across abstract ceramic “landscapes”.  This series of works cumulated in the joint exhibition, with photographer and dancer Dan’Ys, “Voyage en Abstraction” which was presented at the Tenri Centre, Paris in 2020.  For this exhibition, David Block produced a series of video and sound installations combining footage of Dan’Ys  dance superimposed on backgrounds of abstract photographs which were themselves presented as printed canvas in the exhibition.

In the post-covid period David Block has continued to develop the combination of video with plastic art techniques.  In 2022 he developed his own technique for producing what he describes as “abstract ceramic reliefs”.   These unique works, which deny formal categorisation, consist of a series of ceramic slabs – often presented in the form of a three-panel frieze.  The artist creates the ceramic panels by modelling abstract surface textures in preparation for a biscuit kiln firing.  He then experiments with a mixture of coloured glazes into which are embedded various human made metal objects before being fired in the glaze kiln.  The series is further developed by the inclusion of small video screen, encased into the ceramic, which presents a continuous journey allowing us to see deeper than the ceramics’ surface.  As the meandering image explores the secrets hidden below we periodically discover ghost like figures who repeat a series of gestures as if trying to communicate with us.  Patient but persistent they repeat their gesticulations but we remain unable to decipher their meaning.

In 2022, further developing his work with video, he created a series of immersive video / sound installations in which multiple screen projections invite the beholder to reflect upon the multiple possible interpretations that can be applied to the same event depending on the personal perspective from which it is experienced.. 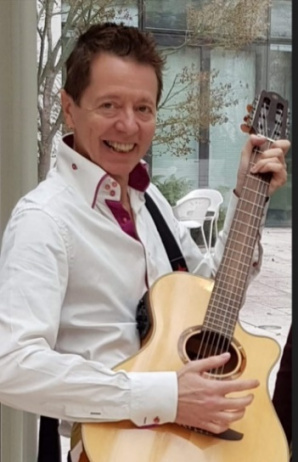 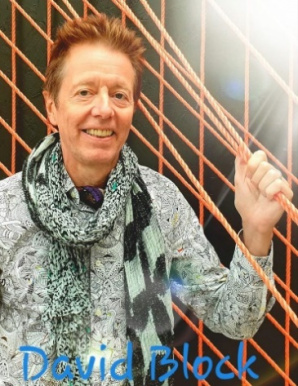 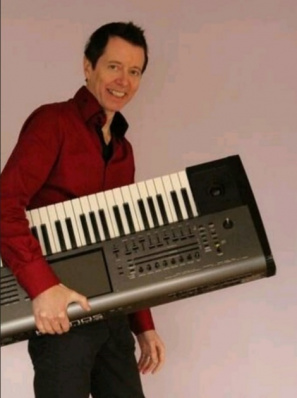 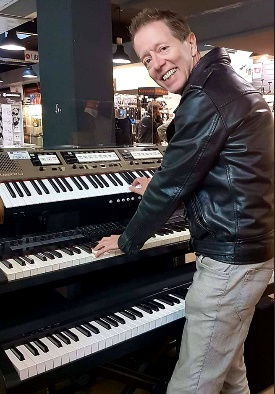 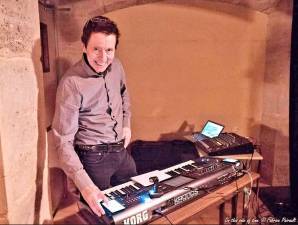 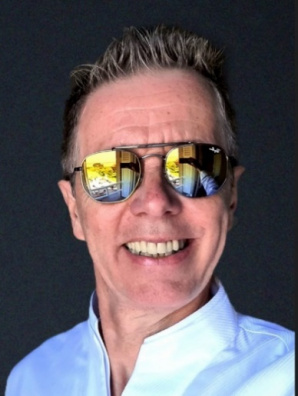 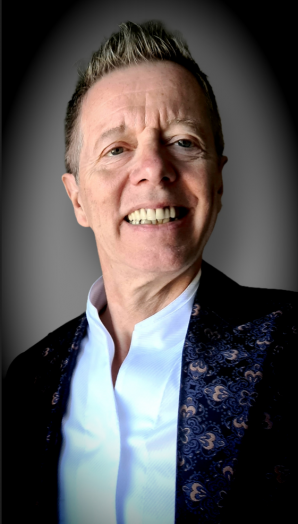